The story of the settlement and historical development of Lennox & Addington County is highlighted in a number of themed exhibits displayed within the old County Gaol.

Artifacts from the textile, furniture, domestic arts, tools and equipment collections of the Museum & Archives are showcased on a changing basis.  Occasional guest exhibitions are also presented. 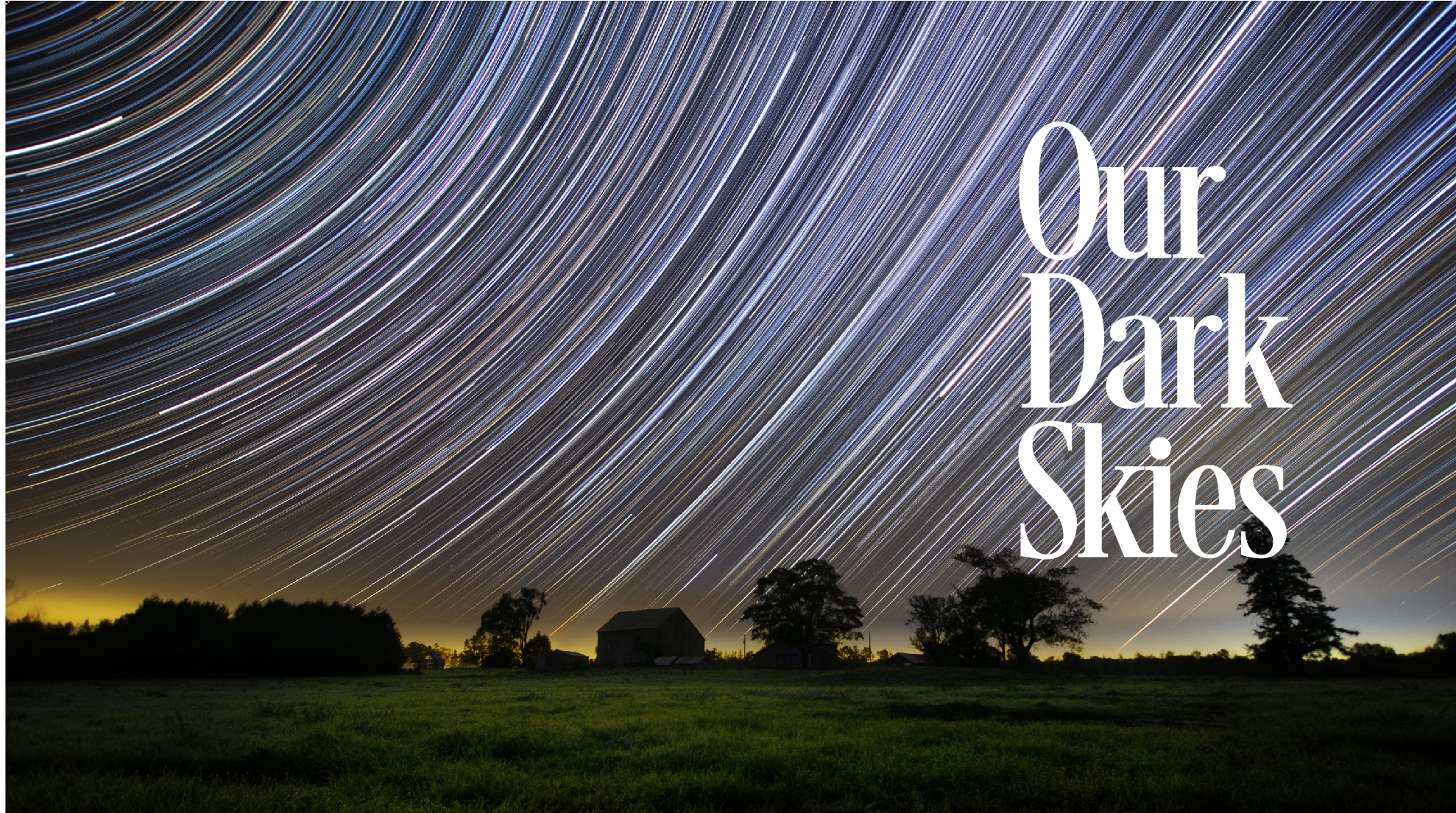 Stargaze within our museum walls.

In this exquisite astrophotography collection of Lennox and Addington dark skies, local astrophotographers Joe Gilker and Tim Trentadue have captured the stars in way that will leave you in wonder.

There is so much history above our heads, you will be amazed at the colour that dazzle with in deep space while most of us sleep. Astrophotography is only limited by the universe itself. Where else can you photograph a region of space where new stars are forming one night and the next night the remnants of a star that ended its existence as a supernova?

Want to see the night sky for yourself? Visit the Lennox & Addington Dark Sky Viewing Area, located at 7980 County Road 41, just north of Erinsville right here in our County. Most photos in the exhibit were taken from this very location. View the sky the way it was meant to be seen. 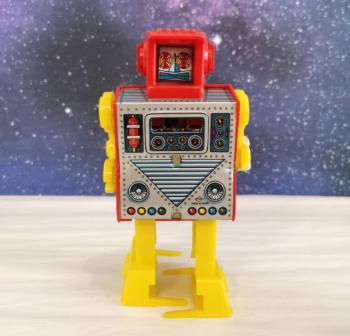 Few things in life are more welcoming and appreciated than the possessions we owned during our childhood. Whatever those objects may be - toys, models, dolls, or bicycles - each holds a special memory of not only the good times we had when we played with them, but also of the people who gave them to us.

Enjoy this private collection of vintage space toys.  You may remember “space patrol walkie talkies” or cruising along with your “mercury explorer”...on this walk along memory lane to your childhood days.

About The Collector: Howard (Howie) Meyer

Throughout his life, Howie was drawn to various types of antiques and oddities. His particular interest in collecting vintage toys began about 40 years ago. The first to catch his eye were always the most colourful of toys, including some of the fabulously lithographed space toys seen here. His focus on toys emerged again, when, as an adult, he was reintroduced to his childhood hobby of slot car racing. One thing led to another, and the collection grew to include the broad array of themes and materials that it encompasses today.

*The museum thanks Collector’s Quest for lending us these unique toys. 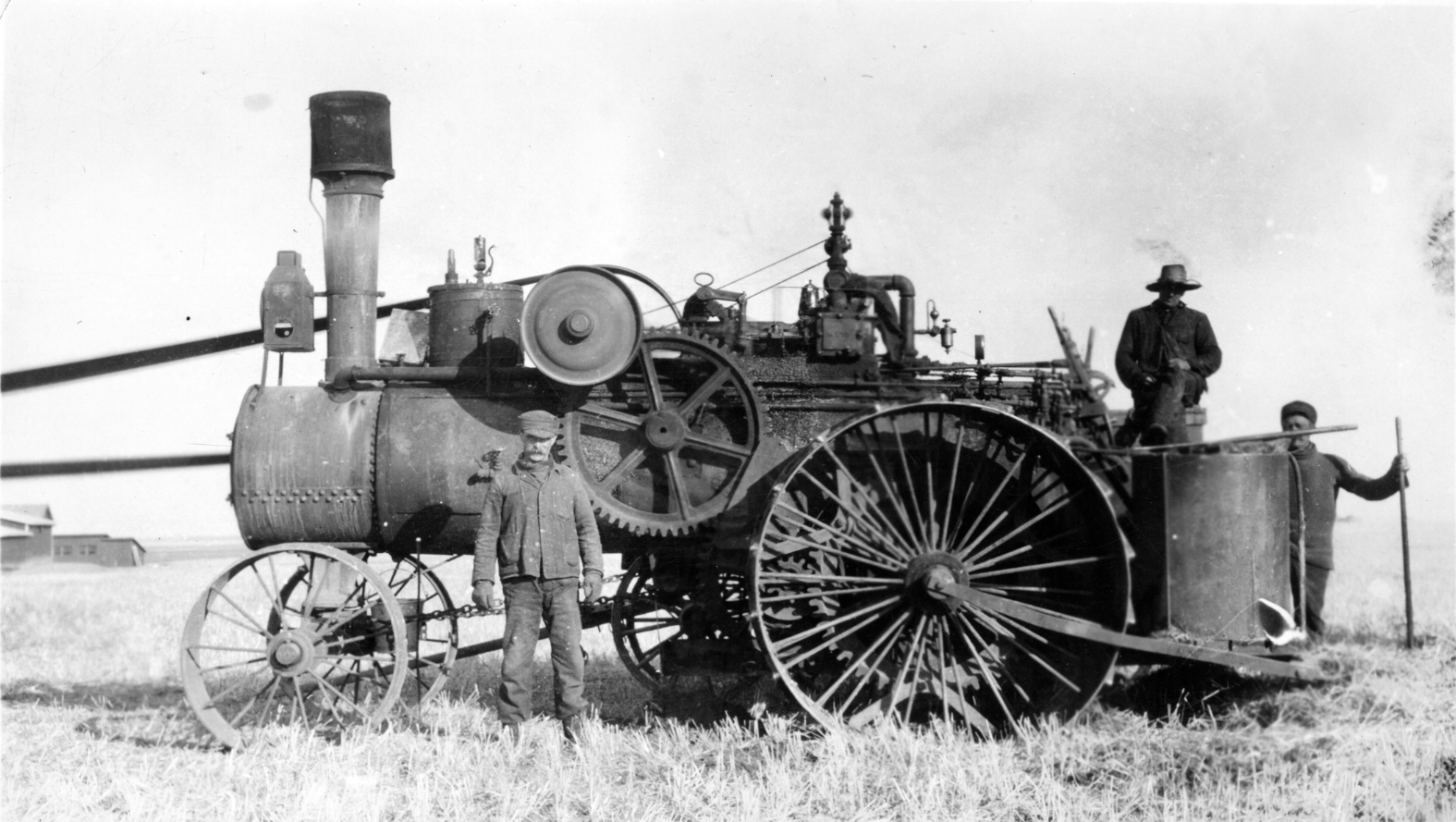 The latest museum exhibit is looking skyward with a beautiful astrophotography installation with all views taken from our very own dark sky.

Back on Earth, an archival exhibit, shelves the telescope and looks down to the Earth and soil, the foundation of the settlement of L&A County. Land - its ownership, development and economic output - has been the backbone of the L&A story, a story that couldn’t be told without the advancements in agricultural machinery of the 20th century.

The images, both large and small in Back On Earth, represent a time and place where agriculture was increasingly dependent on efficiency and volume to meet the needs of locals and more far reaching markets. 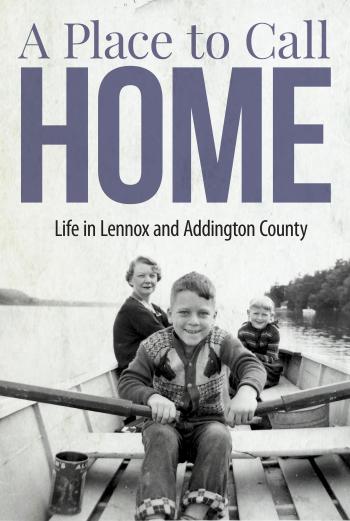 A Place to Call Home

This long narrow strip of country that we call home has many stories to tell. Shaped through its history, geography, people, towns and industries, this exhibit promotes a feeling of belonging as it introduces you to the significance of Lennox and Addington County.

This historical journey through the County will answer questions about what, where, why, and how the County came to be and explore the diversity of the land and life in Lennox and Addington today.

This brand new semi-permanent exhibit establishes a new look and tone for exhibit development at the museum.  This engaging exhibit lets you discover the County’s history, biodiversity, agriculture, and industry through the use colourful maps, photographs, anecdotes, and artifacts.  Lennox and Addington really is Our Place To Call Home. 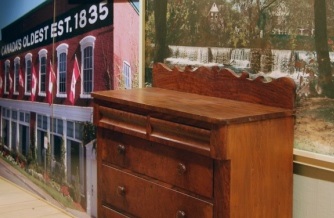 By the 1860’s, the population of the County had grown to allow Lennox and Addington to become independent and a new Court House and jail were built in the mill reserve. Napanee, at the head of the falls, became the County Town. John Stevenson, Napanee’s Reeve, was also the first County Warden.  Confederation, the forging together of the provinces of British North America, passed almost unnoticed in the local press. The County’s First Warden became the first Speaker of the new Ontario Legislature. In the post Confederation era, Italianate styled houses began to dominate Napanee architecture. William Miller, an East Ward merchant, built a new Italianate styled house near the Court House.  Proximity to the Court House and the railway station made East Street a desirable area.

Inside the houses were well furnished.  In 1868 when young William T. Gibbard joined his father, John, in the business, elaborate carved sideboards became a defining product of Gibbard and Sons. 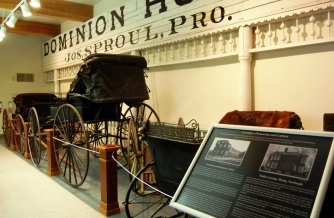 "The Horse and Buggy Age"

The years after Confederation to the Great War which erupted in 1914, were the decades when the “Horse and Buggy Age” was at its height. Each farm family possessed one or two light carriages of which the buggy was the most important, and the democrat, a rig with two or three benches, was almost as important. Although the blacksmith remained essential in rural communities, the small foundries and factories strung along the County’s rivers began to build versions of the most popular new inventions.

It was also a great wheat period and a time of hearty work in the fields.  The pace of farming quickened with improvements in farm machinery. New foundries, mills and manufacturing plants were built taking advantage of water power sites along the Napanee River.  D.B. Stickney’s Newburgh foundry built reapers and Joseph Connolly in Yarker produced a variety of ploughs. The Benjamin Wheel Manufacturing Company in Yarker produced rims and spokes for wagon and buggy wheels.

A Connolly democrat, a C.H. Finkle cutter and a Stickney reaper are featured in the Horse and Buggy Age.