Covid-19 From a Senior’s Perspective

Corona Virus (Covid-19) was a term with low significance early on, but when Costco began handing out antiseptic wipes at their entrance in early March of 2020, and, then, as I prepared to write a Napanee Beaver column about our local Peewee and Bantam teams entering the finals to face Thorold and Pelham, the OMHA suspended the season. Luckily, I got a haircut the next day, Friday Mar. 13. Then, the next day, came social distancing (two metres away), hand washing, staying home, and most businesses being curtailed. 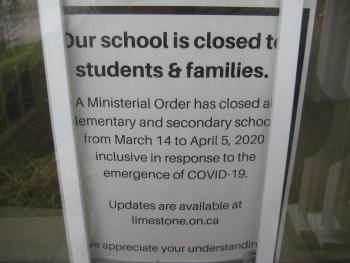 Instead of walking at Springside Park, we began to tour in our quiet neighbourhood. Our Hospital Chief of Staff reported no positive tests on March 17, but hours later was the first L&A positive case announced. After two weeks, I shopped at the local No Frills grocery, early during “Seniors Hour”. They learned that Seniors were at the most risk (95% of deceased Canadians were over 60). Lining up there was a new experience, but it went well, with very few concerns.

Other observed changes to life included: too many daily press conferences (Trudeau, Ford, Trump), US border closed to the public, our Goodyear plant and all non-essential services closed, no restaurant dining rooms like McDonalds open, too much social media, schools closed for many weeks, unable to see family including grand kids, kids coming home from College a month early, watching soap opera reruns, too many live television shows from people’s basements with poor audio and video, boredom, looking out the window, many more pedestrians on our street, watching amateur music videos on social media groups, watching the Napanee Spirit Awards streamed, 40 minutes in the rain lined up at Costco, many working from home, no international flights, NHL hockey reruns, stock markets down 30%, many deaths in nursing homes, and plexiglass walls around cashiers. 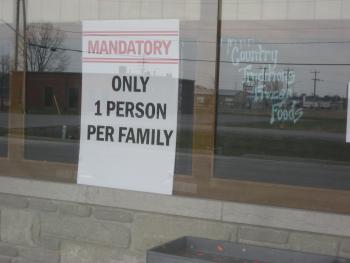 On my walks, keeping my distance, I found people wanted interaction. One neighbour told of taking his wife to the Kingston Cancer Clinic, not being allowed to stay, driving home only to return a few hour later. Social media helped members learn how long the lines were, what restaurants had take-out, and where to get things.

As we begin to leave the Lockdown, the trends seem to be: cautious folks want to still stay at home; some want everything open (need a haircut) including schools so they can go to work; fans want to visit arenas, stadiums; and a few want to know who should be blamed for this. By the way, the two Napanee Minor Hockey teams were declared Champions along with their expected opponents. 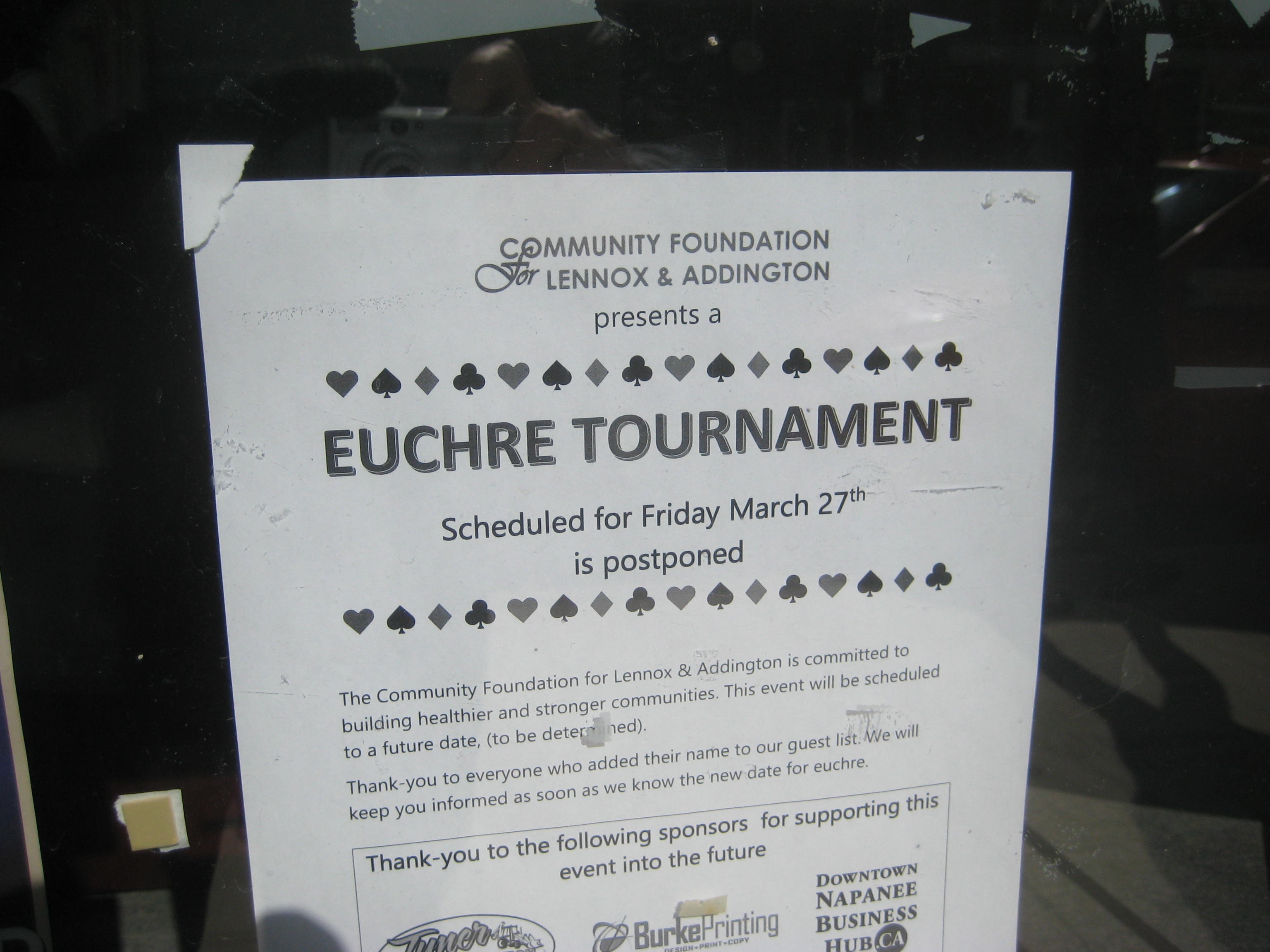 Back to Time Capsule Homepage