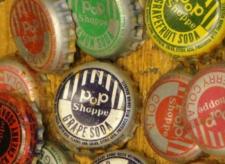 Memories of the Pop Shoppe

When I was a kid growing up in Napanee I looked forward to hot summer days. I remember walking or riding my bike down Alfred Street with the other kids on my street to the Pop Shoppe to enjoy a cold refreshing drink... [read more] 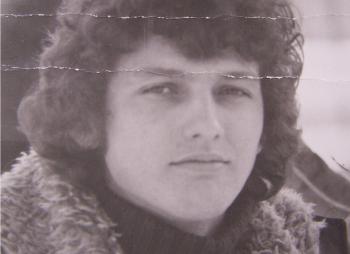 An Intro to Small Town Life at Wilson's Hardware

I was raised in Toronto and then lived in various cities during my post-secondary education. Taking an Art teaching job in 1974 at NDSS meant that I was about to find out what it was like to work and live in a really small town for the first time. It didn't take long to realize it was a good fit for me and I was convinced that I was making all the necessary adjustments. That is, until one day in January 1975 when I had the following experience at Wilson's Hardware down on Dundas Street... [read more] 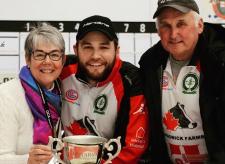 Learning to Curl at the Napanee District Curling Club

When I was finally old enough to join the Junior Curling Program at the Napanee District Curling Club, my dad would pick me up from elementary school every Wednesday and drive me to the club. There was always a warm grilled cheese waiting for me on the passenger seat... [read more] 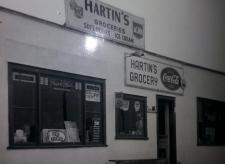 Today, the Hartin Grocery Store sits quietly in the Village of Roblin. A thriving business at one time, owned and operated by Dorland and Evelyn Hartin. The store was the life line to many families and without the generosity of Dorland and Evelyn during such hard times many children would have gone to bed with growling bellies. Dorland would never turn a family down, rolls of Bologna, racks of bread (5 for a dollar), many essentials of life would be packed into the large brown paper bags... [read more] 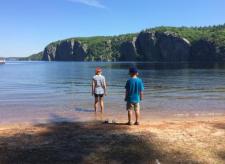 Growing up I was never a big fan of camping. That's why I surprised myself back in 2015 when I didn't totally balk at the notion of spending a couple of days and 'nights' at Bon Echo Provincial Park with my kids. We packed up the truck with sleeping bags, coolers and the dreaded ‘tent’ and headed out on our first camping adventure... [read more] 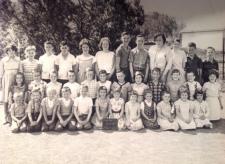 Memories of Life in Roblin

The village of Roblin is embraced with a wealth of history. I'm proud to have resided in the village for more than 60 years. At one time there was a community hall, several churches, a couple grocery stores, a gas station and a one-room school. The village was full of life, buzzing with many families and children... [read more]

Life on the Farm in Selby: Dad Was Right

I grew up on a little side road north of Selby. In my opinion I had just about the best childhood a kid could have. However, there was one thing I was wanting - a horse. My best friend Sheila had a horse and I really, really wanted one too. My Dad, a very practical man, felt horses were a waste of hay but I finally wore him down. He made the purchase of a fine pony at the Selby Sales Barn which I immediately named Ginger. Reality soon set in as Ginger proved to be a wild beast from Hell... [read more] 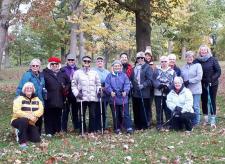 Our Napanee Nordic Walkers group has so many more benefits than getting some exercise. We’ve become a support network of friends since the group was formed five years ago at Seniors Outreach Services (SOS) in Napanee. We are always there for each other: driving someone to an appointment; bringing food when there’s been illness, surgery, or a death in the family; offering a shoulder to lean on or an ear to listen when someone is going through a hard time. Hugs are frequent... [read more] 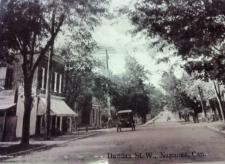 Growing up just half a block from Dundas Street in Napanee seemed pretty exciting as a child. Everything was just steps away. One of my favourite memories was Cowling's Grocery Store. My mom would send me with a list of the things she needed and Mrs. Cowling would help me get everything together. Mr. Cowling and their son Bill would be behind the butcher counter slicing cold meat and wrapping steaks, chops and all the things that their customers wanted... [read more]

Grade 9 Agriculture Class was a Rite of Passage at NDSS

In 1965, my Grade 9 Agriculture class, with Mr. Klinck, incubated a few dozen fertilized chicken eggs. Each class we would open an egg to study the development of the chick. We only did this for a little while because Mr. Klinck said to continue would be cruel.  The first time my mom heard about these chicks was when I brought these little guys home in a box... [read more] 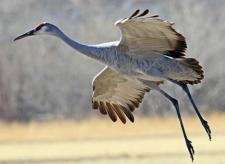 Sandhill Cranes are among our largest birds. The same size as the Great Blue Heron, they can be distinguished in flight by their outstretched neck and trailing legs. The call gives them away and can be heard nearly 1 kilometre away. In Addington Highlands, we see them migrating primarily in the morning flying over Skootamatta Lake individually or in small groups... [read more] 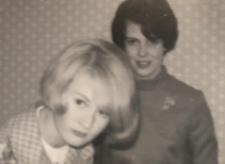 The 'Veil' of Friendship

We can still recall word for word, our very first conversation which took place sitting on the curb that divided our driveways. It was a one upmanship on whose daddy had the biggest boat. She won! The year was 1954 and my family had just moved into a house at 206 John Street. Next door were the Alkenbrack’s at #210. I was seven and my new friend Jane Alkenbrack was nine... [read more] 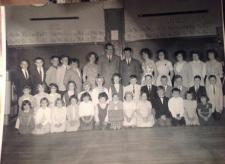 In the village of Roblin sat a one room school house, across from the Roblin United Church, currently where the fire hall stands. The single room was laid out with wooden desks secured together and bolted to the floor. All classes from Grade 1-8 shared the entire day together, learning from a single teacher. It was a day filled with many emotions... [read more] 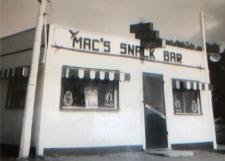 Mac and Jean Storey had a great little snack bar in the 50’s, located on the Old Hamburg Road as you come out of Napanee by way of the rock cut. Mac and Jean opened their business July 16, 1950 and it soon became a popular place for many. People stopped there after being to the show down street in Napanee or after a dance upstairs in the Old Town Hall, or just for a quick lunch... [read more]

Back to Stories Home