There's a unique agri-tourism attraction here in Lennox & Addington that is generating a lot of buzz, both literally and figuratively.

I recently had the opportunity to visit The Bee Spot, a small family-operated apiary located at 695 Addison Street in Tamworth, to take part in their new "Bee Experience".

Win a trip for two to #UnspoiledLA!

I'm a huge fan of honey (I put it on everything) and I was excited to learn about how it is produced. This hands-on learning opportunity would put me in close quarters with a million-plus bees. I admit, I was a little apprehensive about getting up close and personal with an active hive. Any trepidation I was feeling was quickly erased when I was greeted by the father and son team of Jeremy and Gord Fitzgerald. They put me at ease and I could tell right away that I was in good hands.

They began the experience by taking apart an empty hive, explaining in detail its various components - from the brood chamber to Queen excluder to honey super. They also talked about the bee hierarchy and how the hives function. After the informative tutorial, it was time to put on our beekeeping suits, grab the bee smoker and make our way to an active hive. 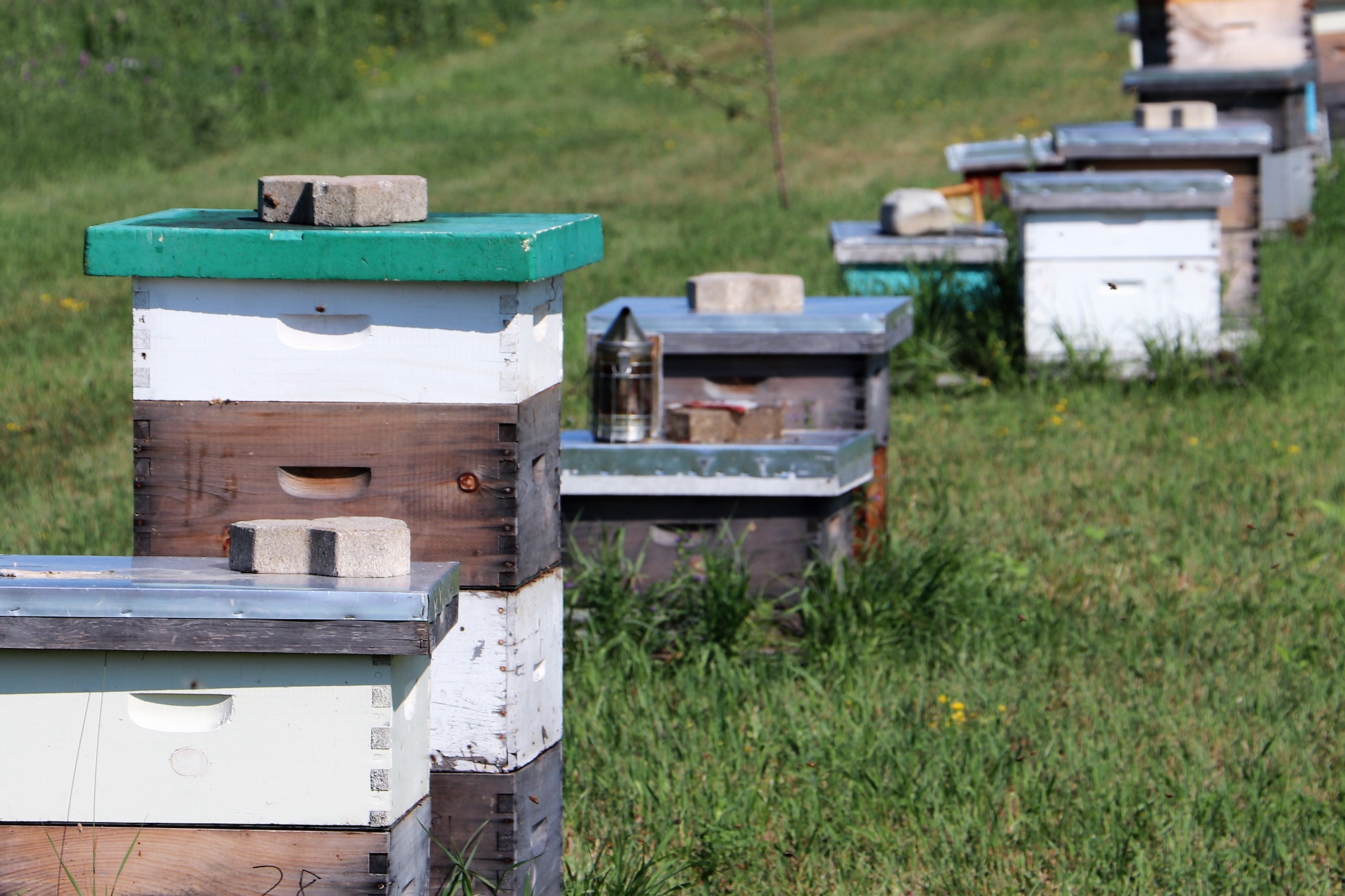 As we approached the hive you could hear it humming with activity. After applying a bit of smoke, Jeremy removed the lid and took out the first frame. The bees had just begun working on this top section so there was not much honey to be seen as of yet. When full, this layer would weigh about 75 pounds. 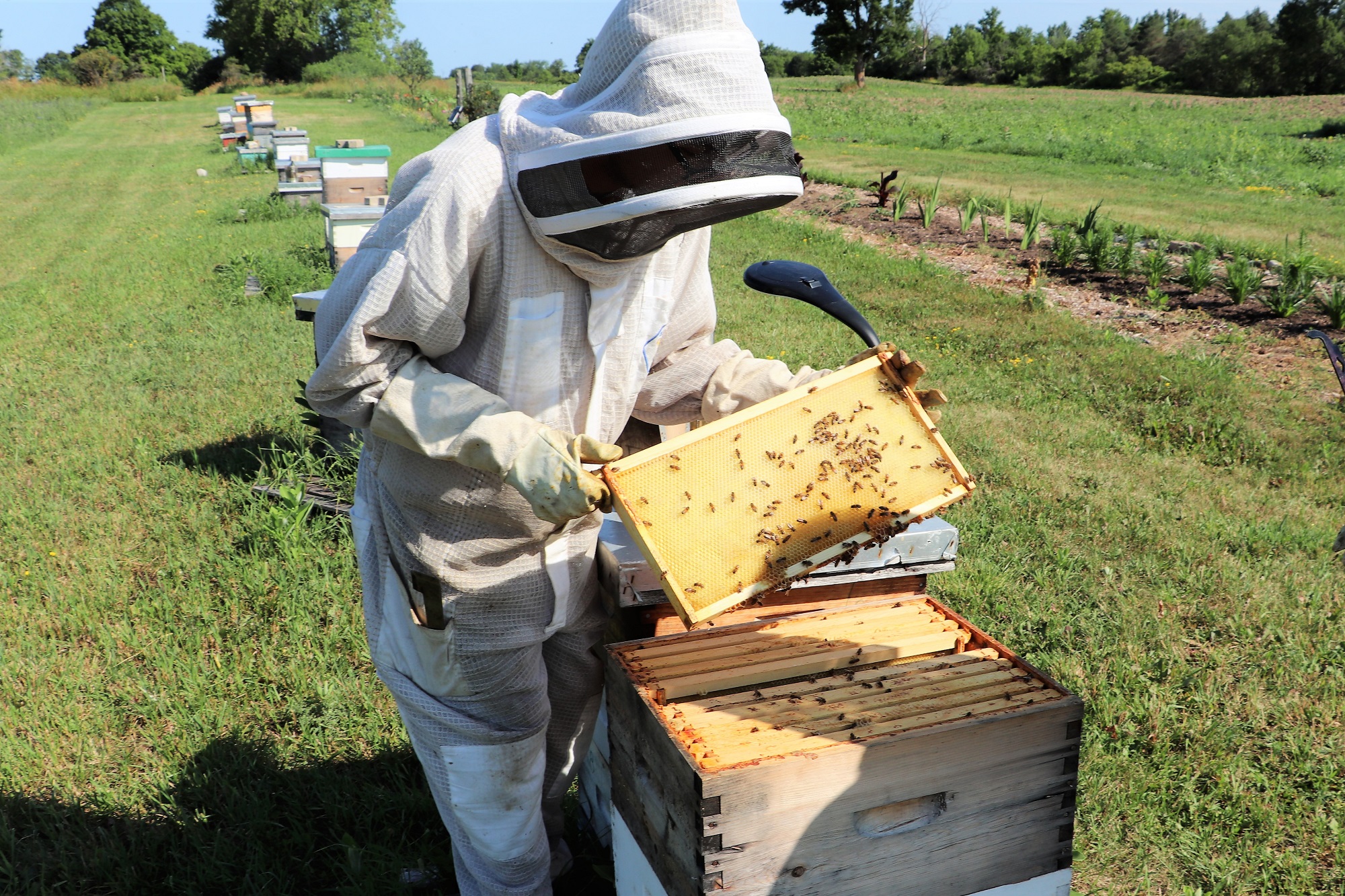 When we got to the middle layer there was much more to see. Each of the frames were jam packed with honey, capped and ready to be extracted once the entire hive was full. 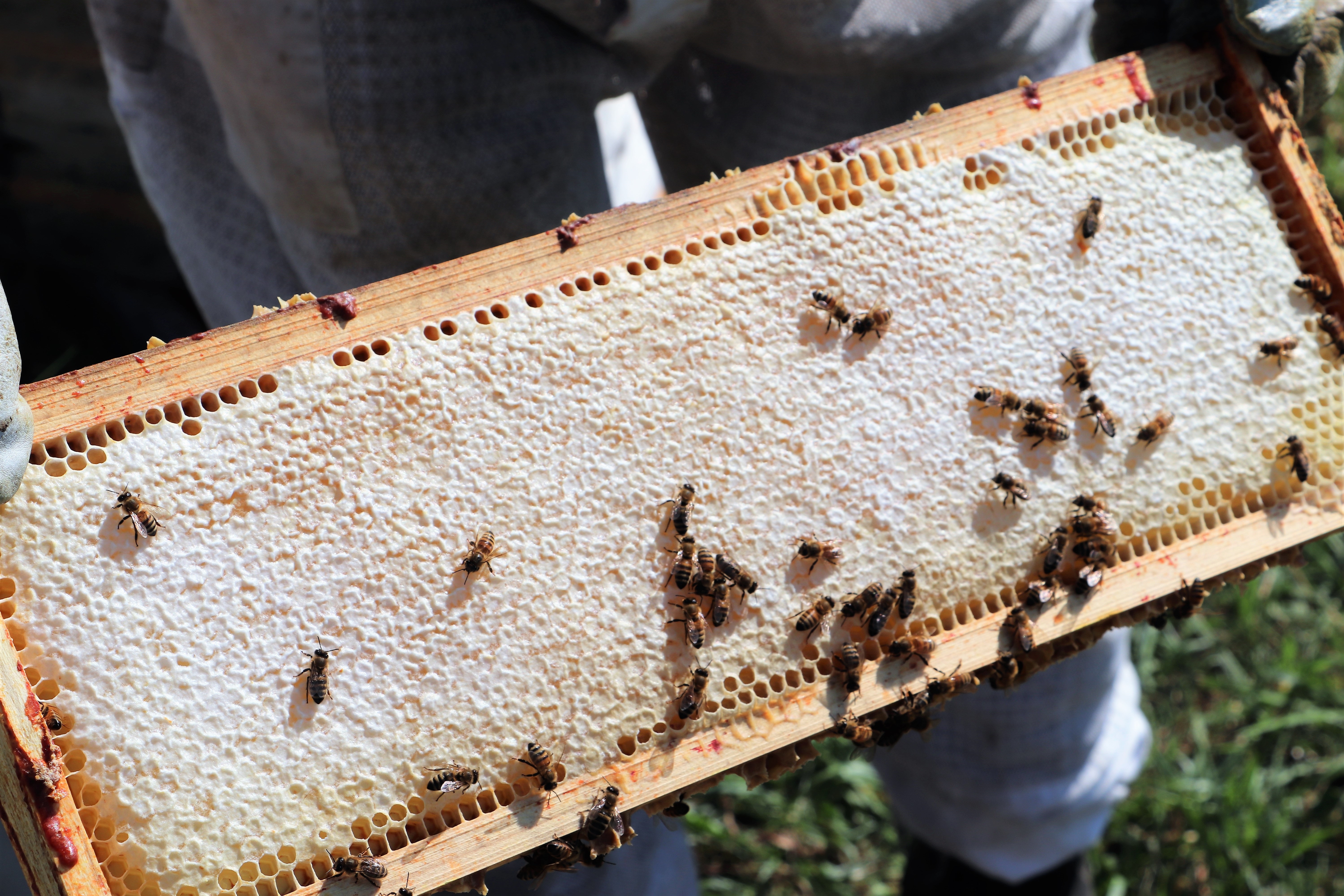 The bottom layer is known as the brooding chamber. There was a lot to see here, as there were male drones and female worker bees covering the majority of the frame. You could see some eggs and larvae as well. 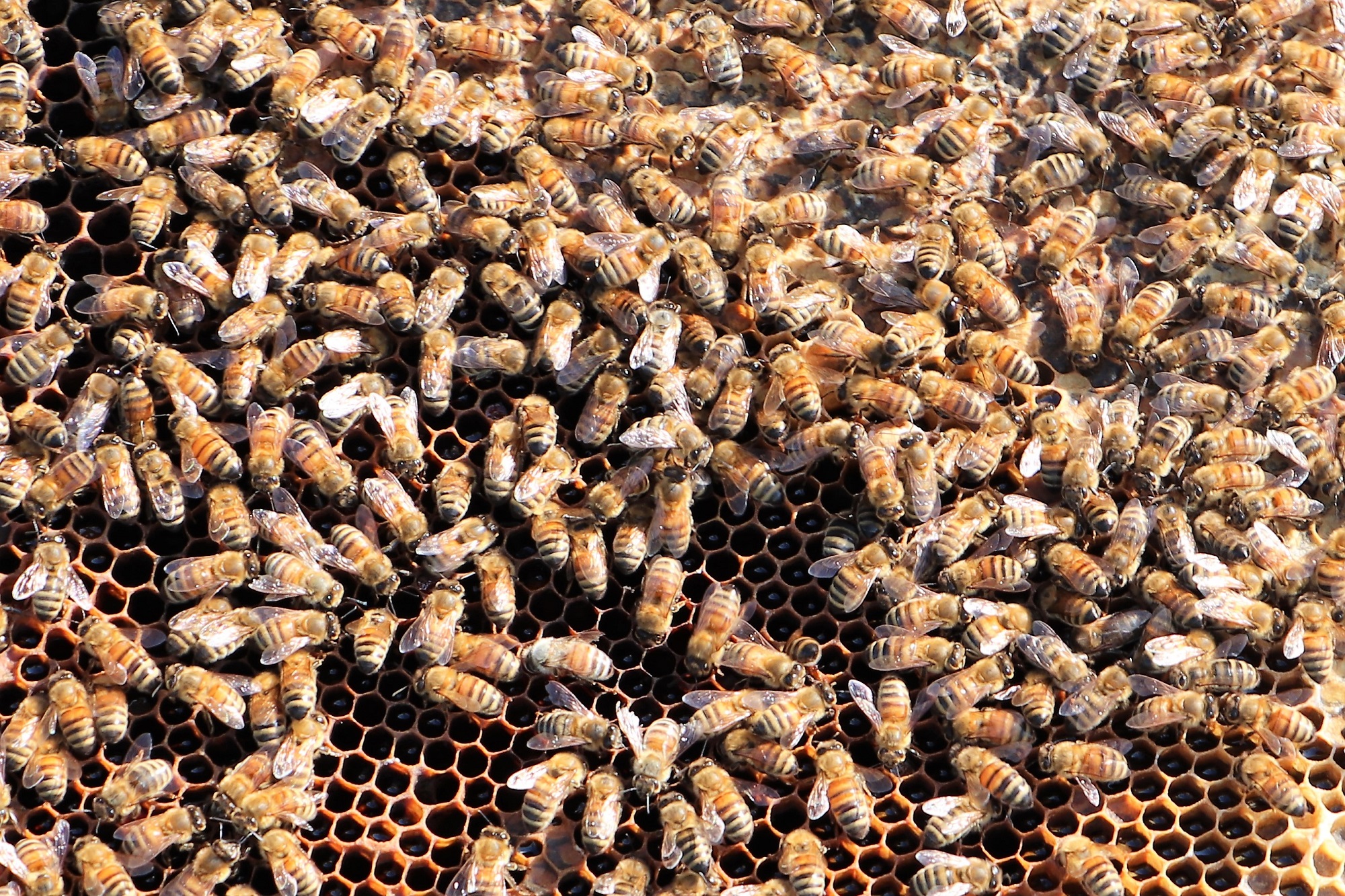 Jeremy and Gord methodically removed each frame until they found what they were looking for - the Queen. Marked with small green dot, she is the largest bee in the colony. She produces chemical scents that help regulate the unity of the colony and lays a lot of eggs - up to 2,500 a day in the summer. 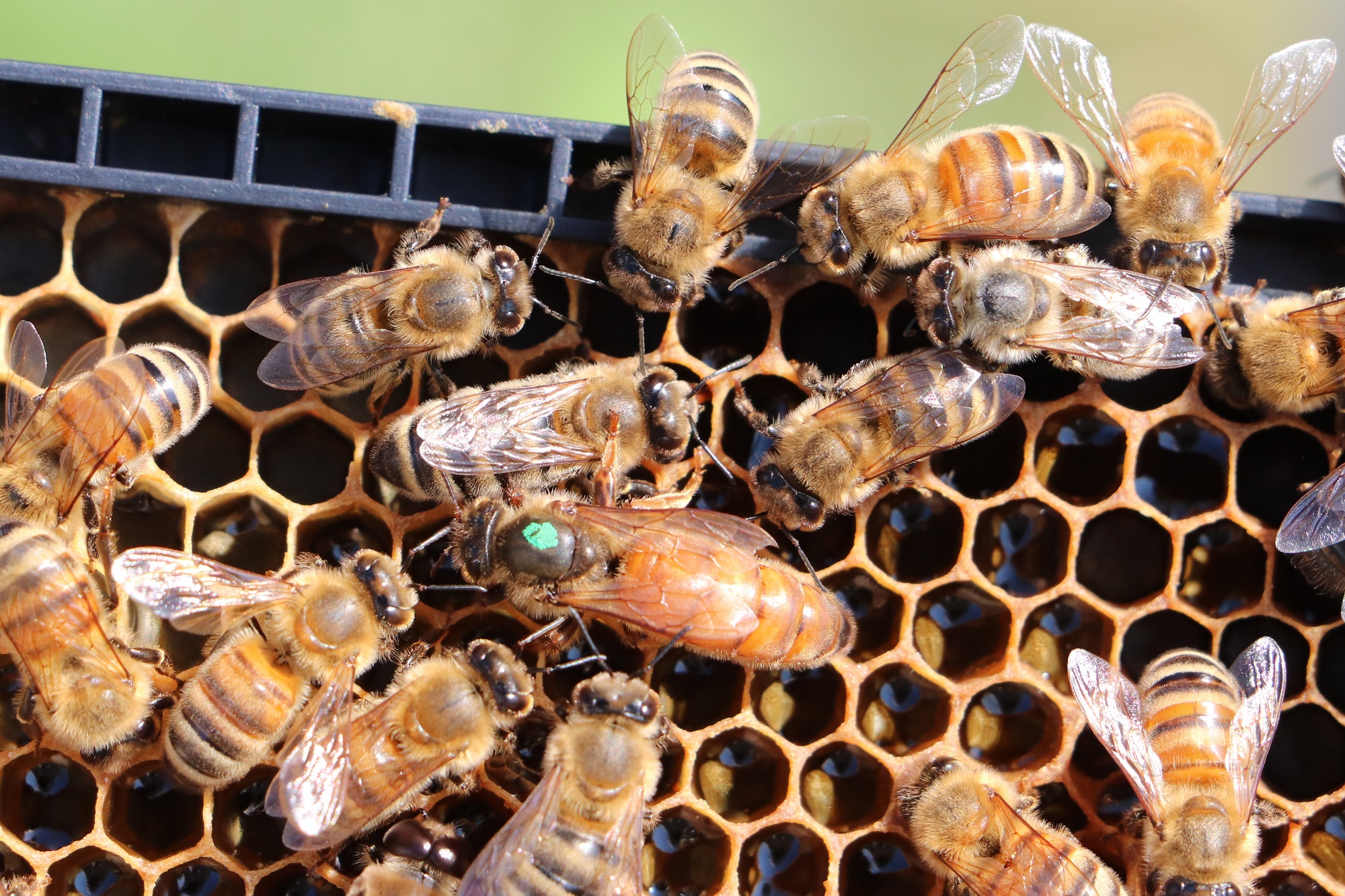 After gently returning the frames to their proper places and re-stacking the hive, it was time to learn about the human part of the production process. We entered a small building where the honey is removed and bottled. Jeremy explained how they use a scraper to remove the caps before placing the frame in a spinner. There are many large windows in the building that uses the heat of the sun to warm the honey for easier extraction. 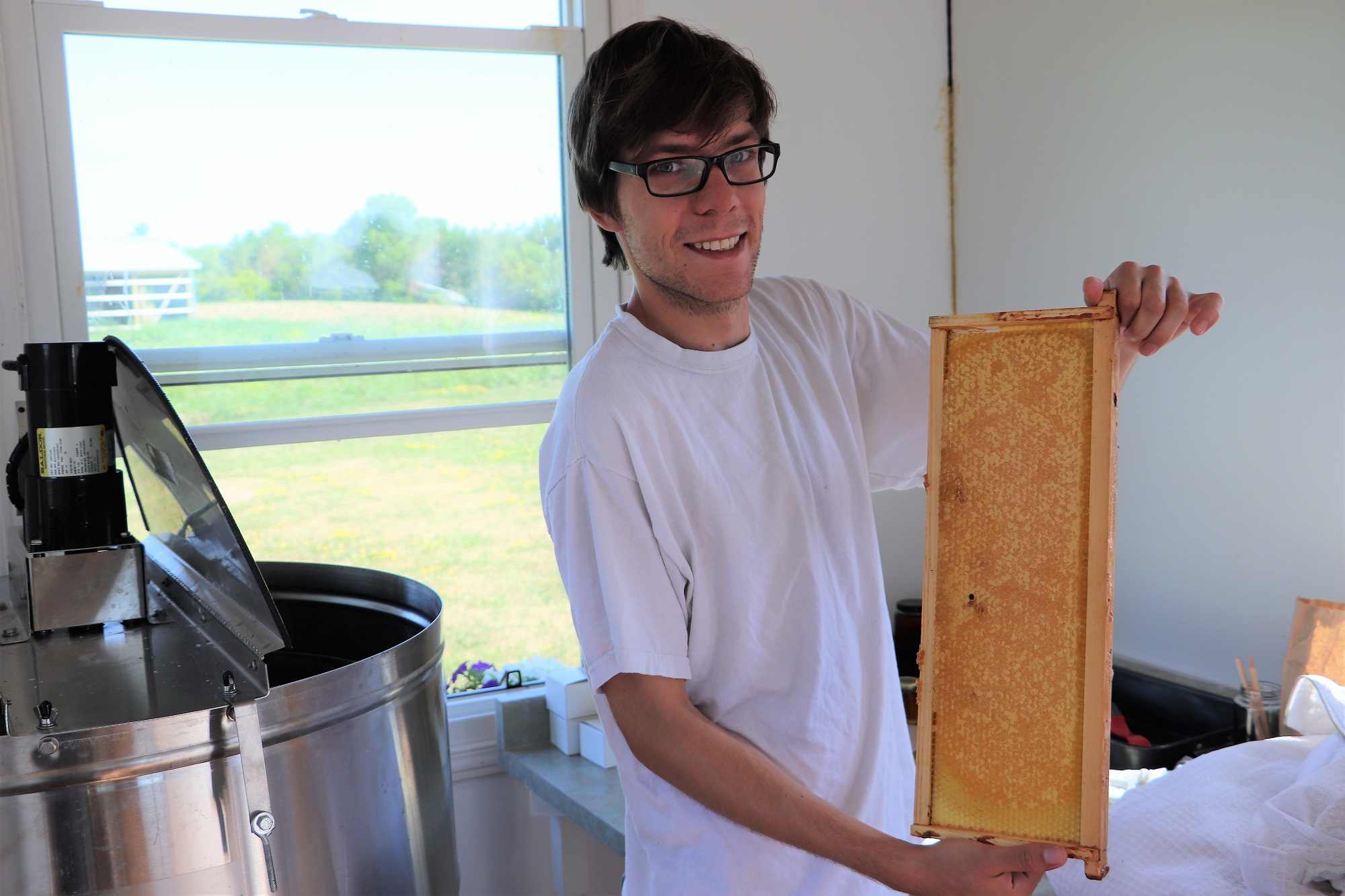 There isn't much waste in the production process. In addition to the delicious product, unused honey from the uncapping process is re-used by the bees, and the wax is filtered to make candles. 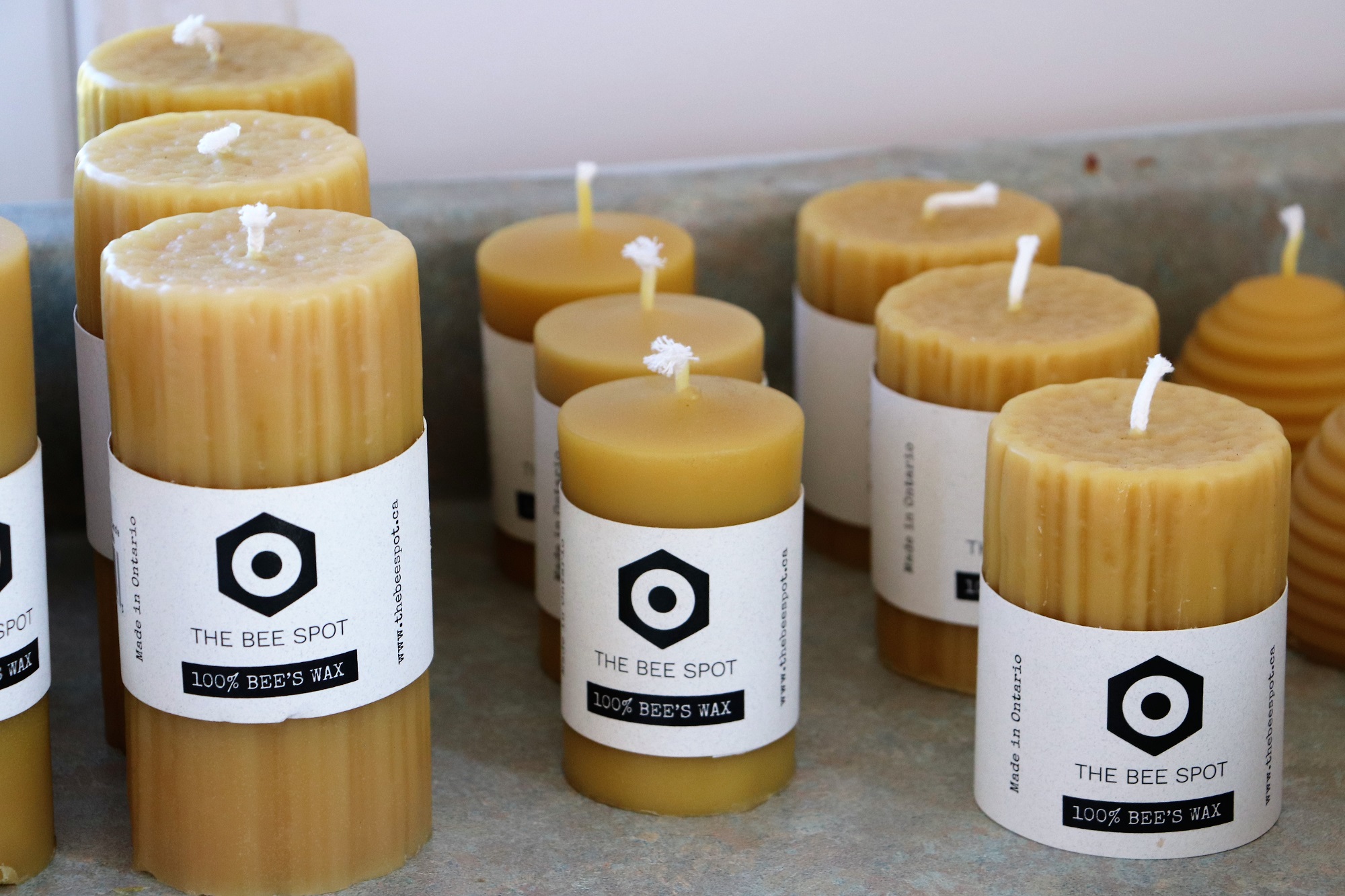 If you have an uneasy feeling about trying this experience, you needn't worry. It's safe, fun and informative. If you love the taste of honey like I do, you should definitely give this a try. Tours are offered from June until Thanksgiving to groups up to 10 people. It's suitable for people aged 8 and up.

To book your bee experience and for more information visit their website.